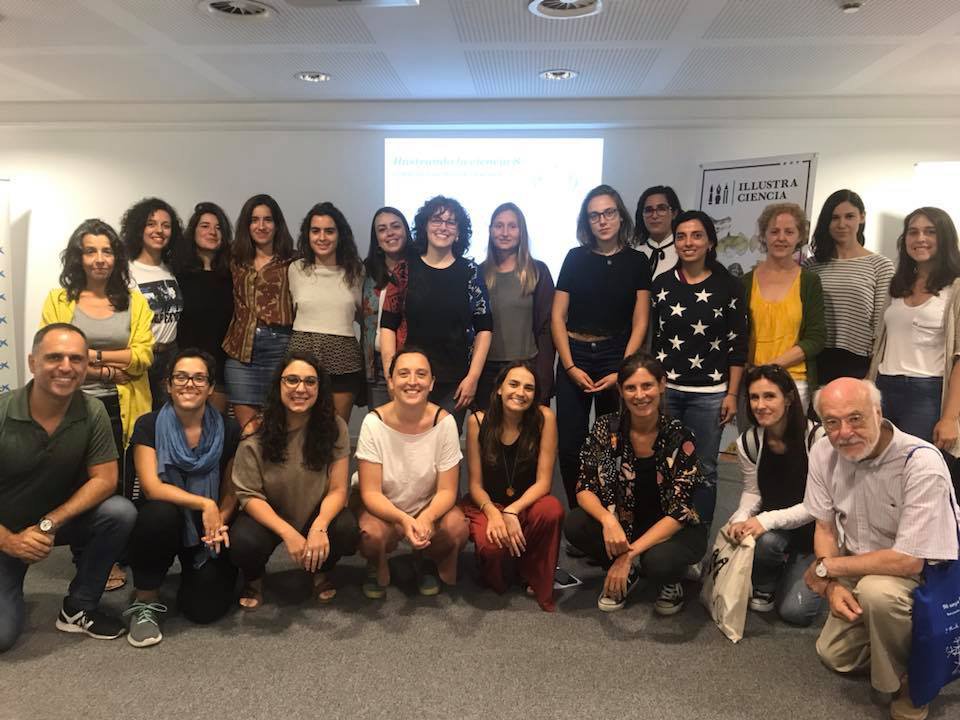 During the month of September I had the opportunity to participate in the “Illustrate Science 8” course at the Cosmo Caixa in Barcelona, organized by the Academy of Scientific Illustration illustraciencia.

In this presencial and intensive course, the professors Miquel Baidal and Clara Cerviño taught us and demonstrated the particularities and techniques of scientific illustration in their different areas: illustration of zoology, entomology, paleontology, medical, archeology …

I was able to practice for the first time a technique that I loved: scratchboard! and improve or correct other techniques already known as dotting and watercolor. 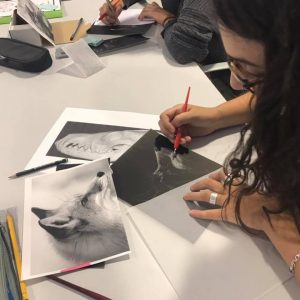 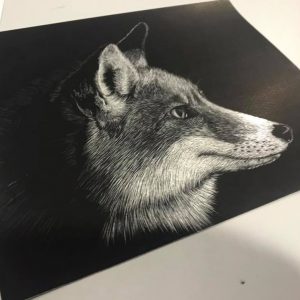 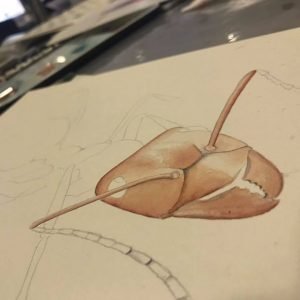 Apart from being able to listen to the witnesses of other professional scientific illustrators and also researchers, one of the novelties in this edition of the course was the possibility of carrying out the final projects as a real commission for different researchers who collaborated with the course.

I had the opportunity to work with the myrmecology researcher Olga Boet, making two different illustrations: about the morphology of the head of different species of ants in Europe, and about the method called “phragmosis” in the ant species Colobopsis truncata.

March 7th there will be a special event at Cosmo Caixa in Barcelona, where apart from talks and workshops, we will show our final course projects and talk a little about the process of creating a scientific illustration together with a researcher. 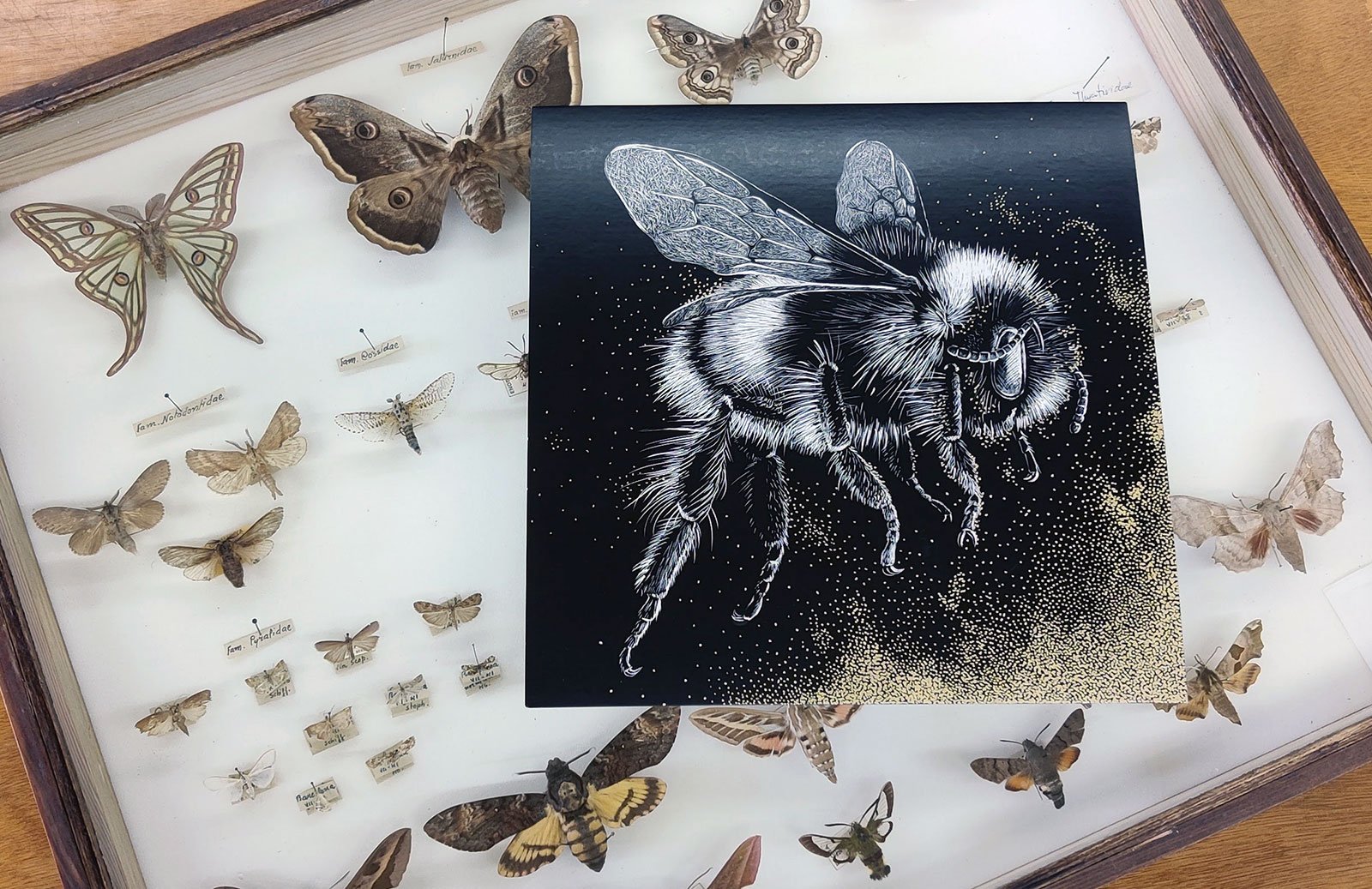 Illustration of insects in the MCNG library 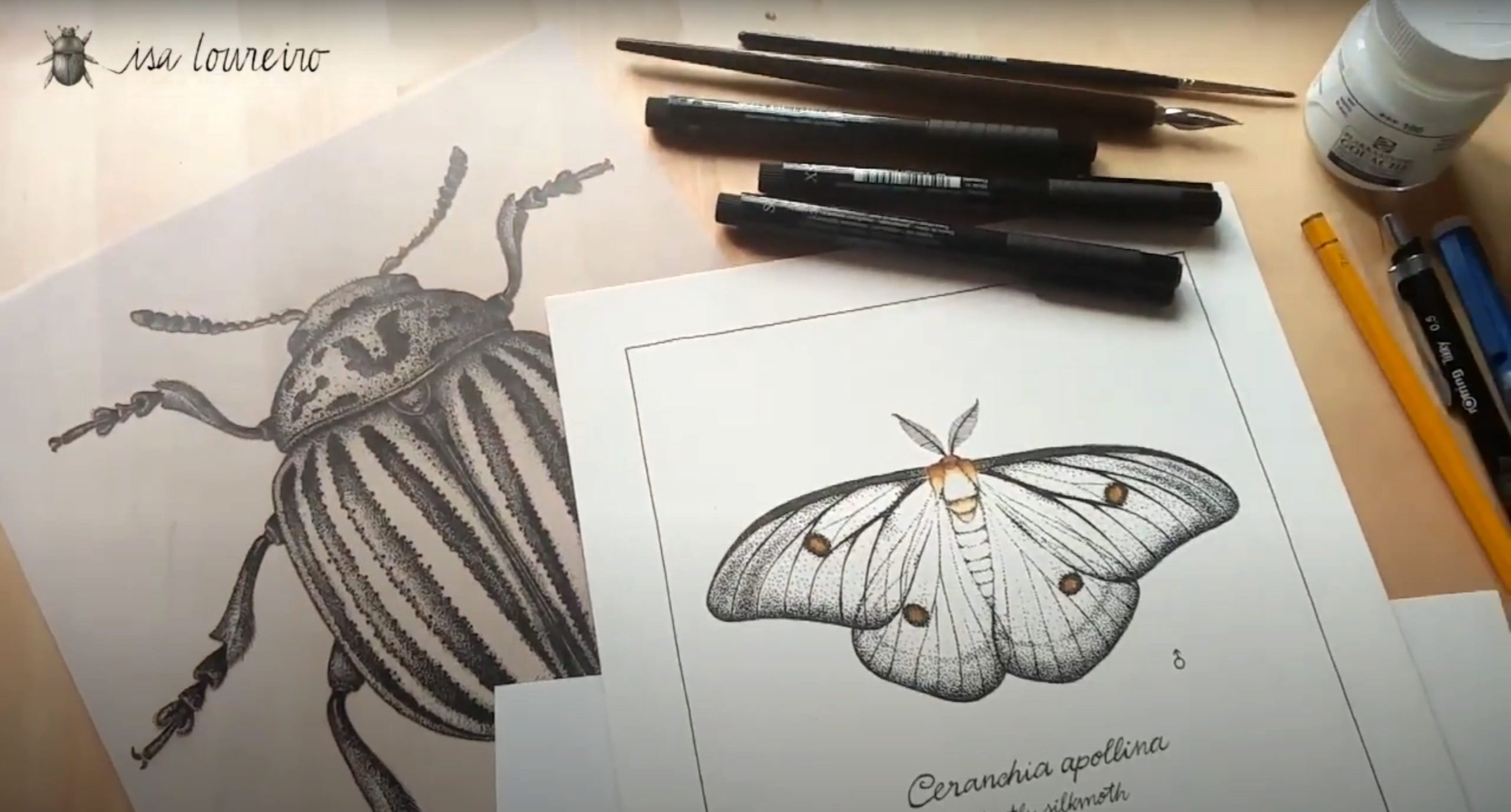 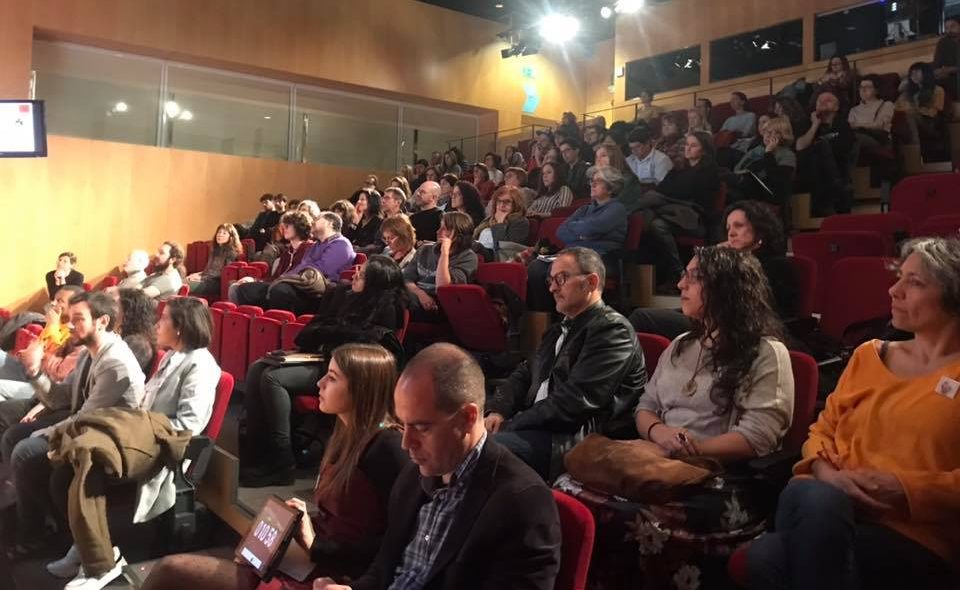 Conference on scientific illustration in CosmoCaixa